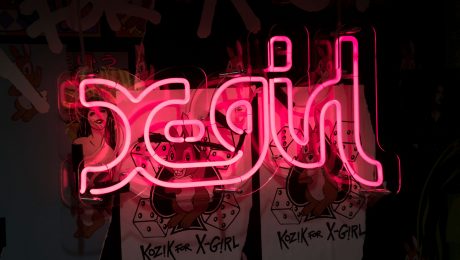 X-Girl commissioned us to manage and oversee an in-store pop-up installation at the Dover Street Market London to commemorate their launch of the collaboration collection with renowned American graphic artists Frank Kozik. We conceptualised press and marketing strategy to announce the launch. 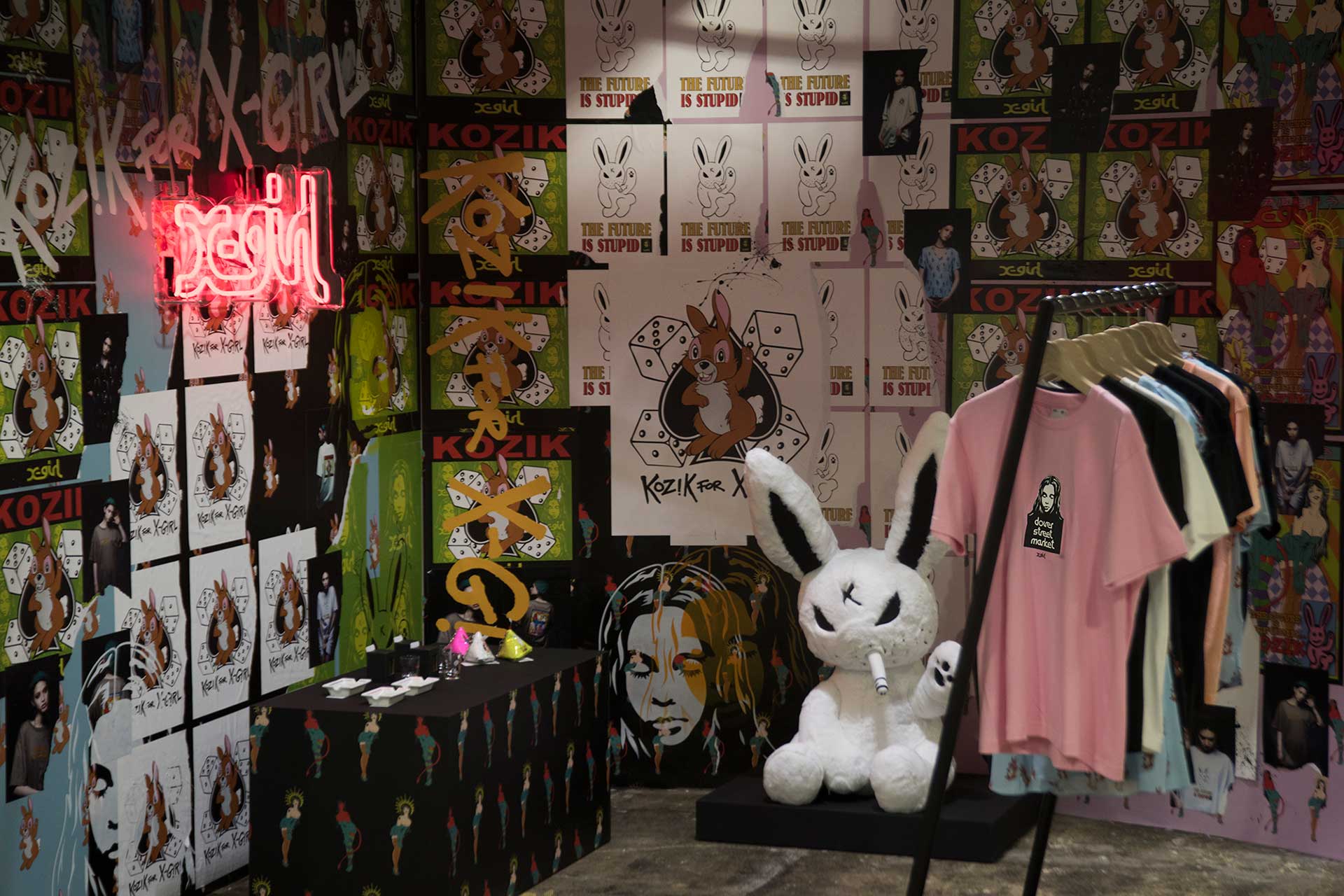 In the summer of 1994, Kim Gordon of Sonic Youth, founded X-Girl with her friend, Daisy von Furth, who worked in XLARGE. Mike D, one of the members of Beastie Boys, who has also been a business partner of XLARGE, asked Kim if she was interested in starting her own line.

Kim and Daisy designed “real clothing” which was the collection of what they wanted to wear. They used graphic designs on their collection. X-Girl is considered as a pioneer of “Girl’s Movement” in the fashion industry, involving art and music. X-Girl continues to offer “Real Girl’s Clothing”- basic style that are inspired by rock, military, outdoor, sports, and many other street culture factors. 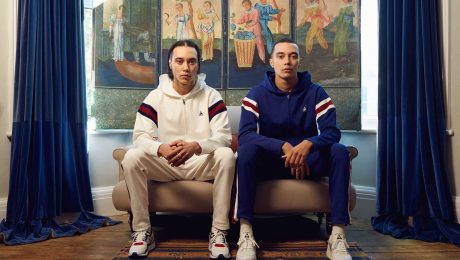 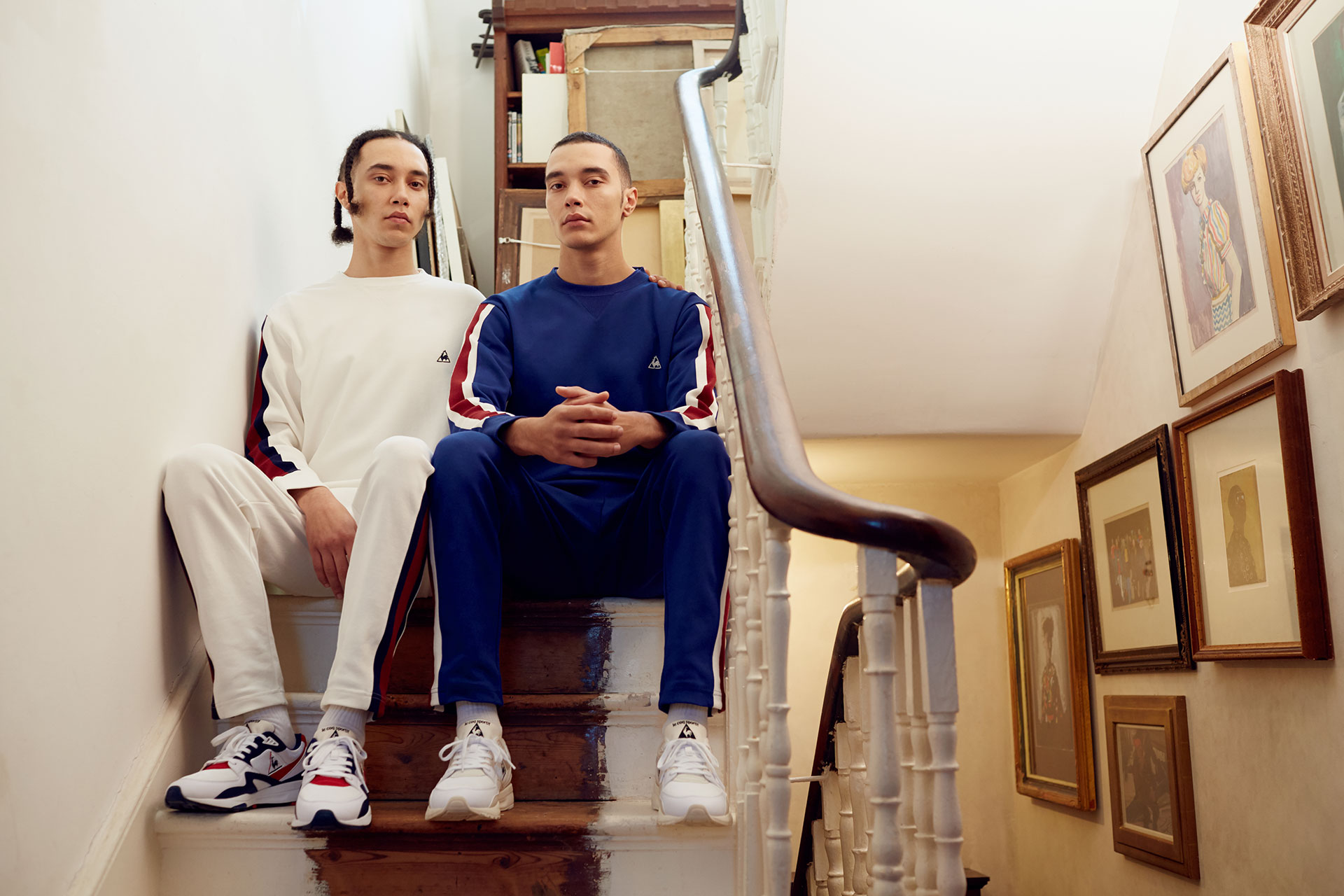 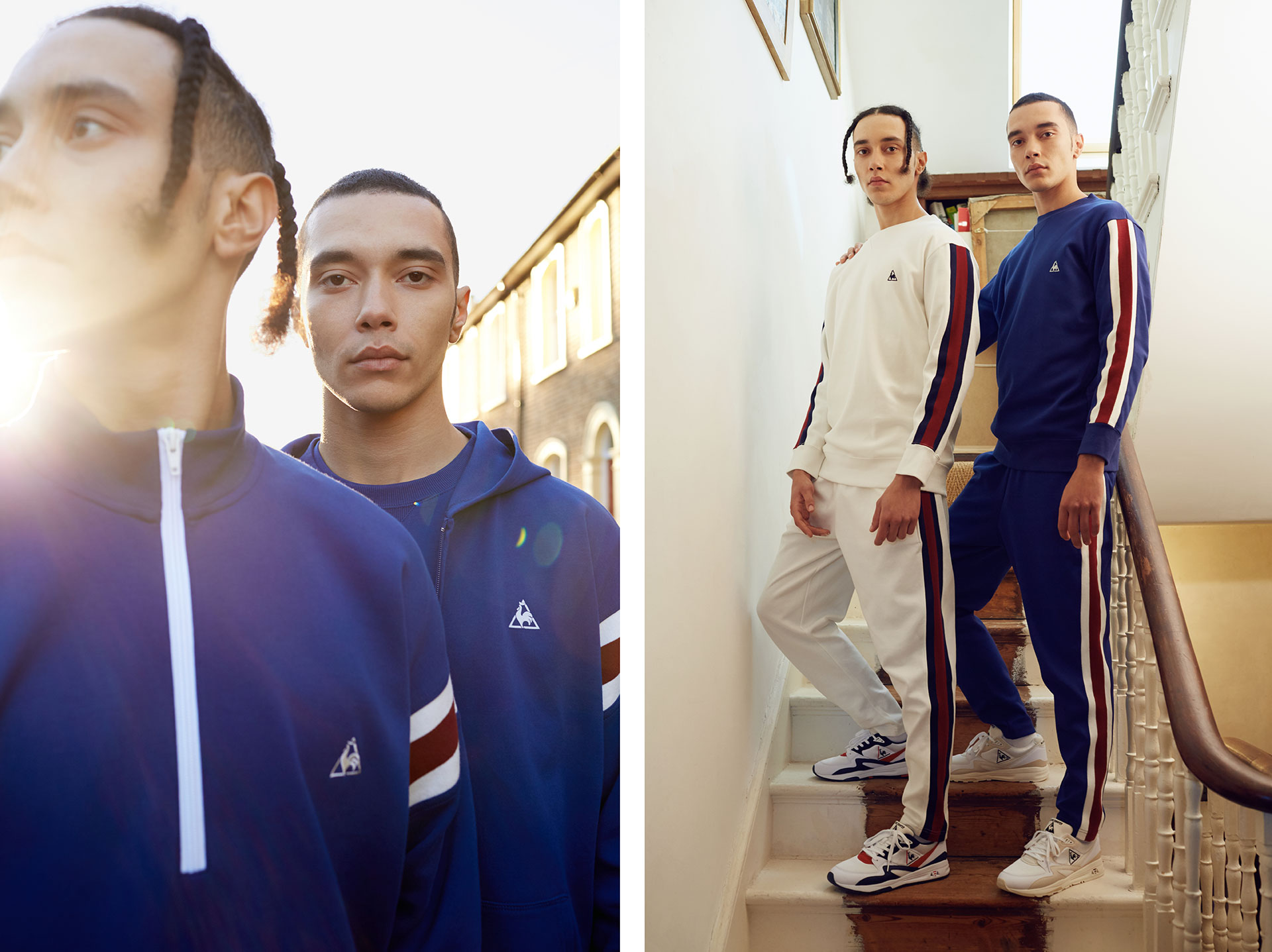 Laura McCluskey is a British photographer and visual artist. Originally from Kent, Laura has lived and worked in London for the past ten years shooting fashion, portrait & documentary projects.

Chus Anton is a Spanish photographer based in London. Chus works across photography and film.

Gregory Clavijo is a French videographer based in London, working across film, photography and styling. 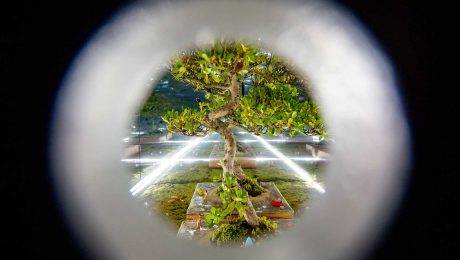 The interior, which had two chambers, was made up of an internal maze of LED lights and mirrors to depict two Bonsai trees as centre piece, showcasing both of Northern and Southern hemispheres Christmas scenes, complete with miniature sized human, animals enjoying the festive season. The concept of project was to make traditional Japanese horticulture accessible, combining the Western and Eastern cultural values and aesthetics in a harmonious way. 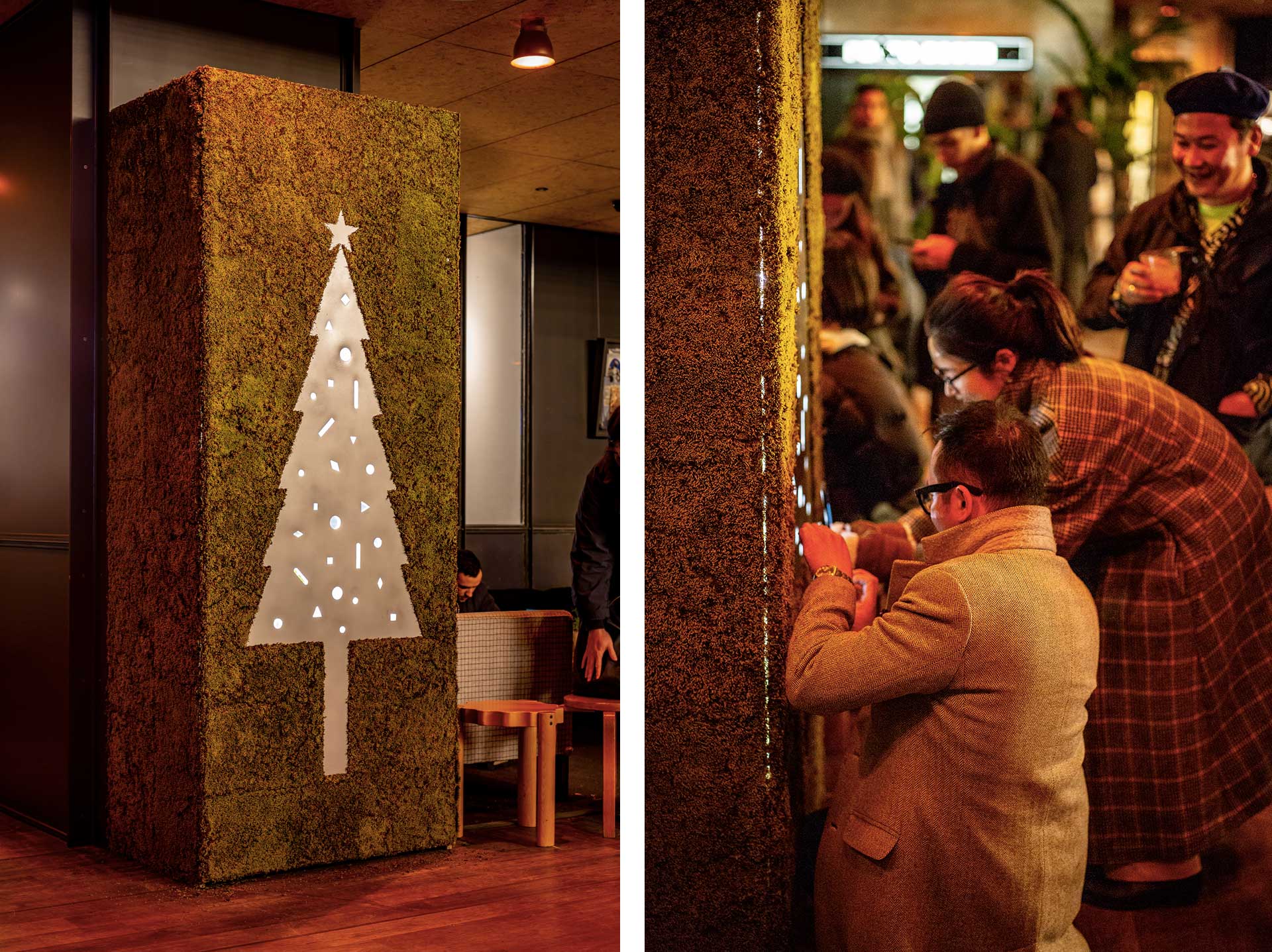 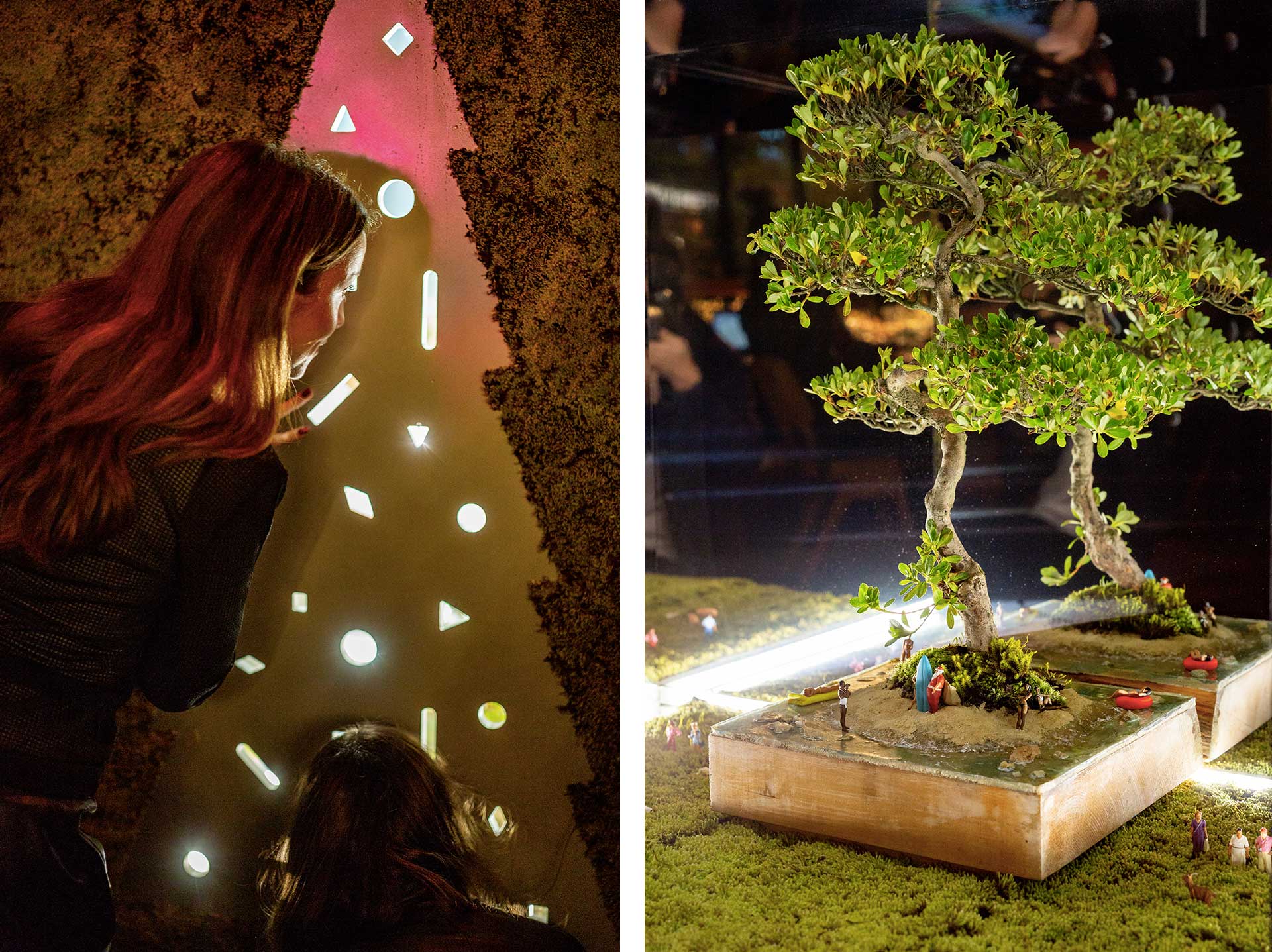 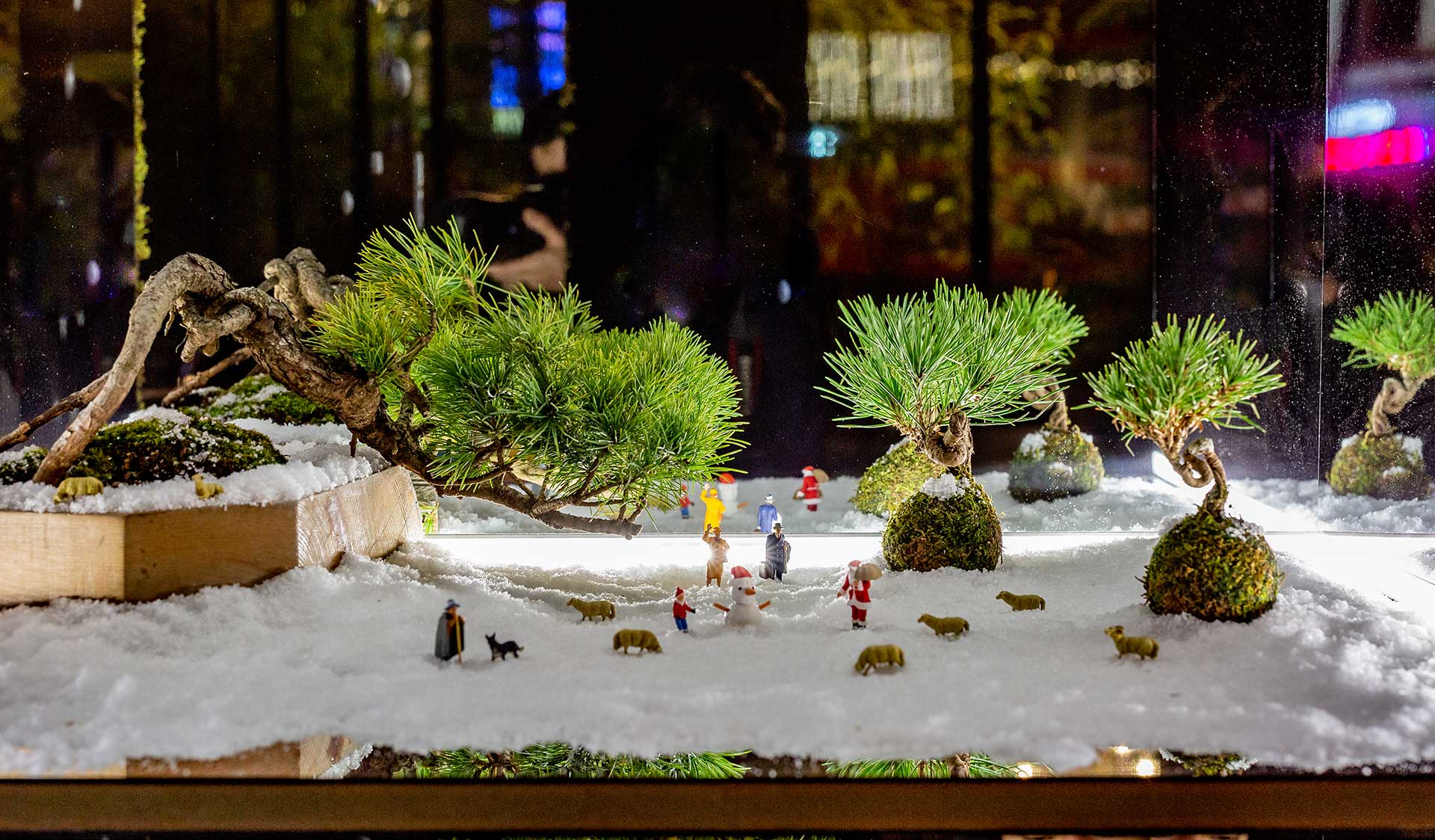 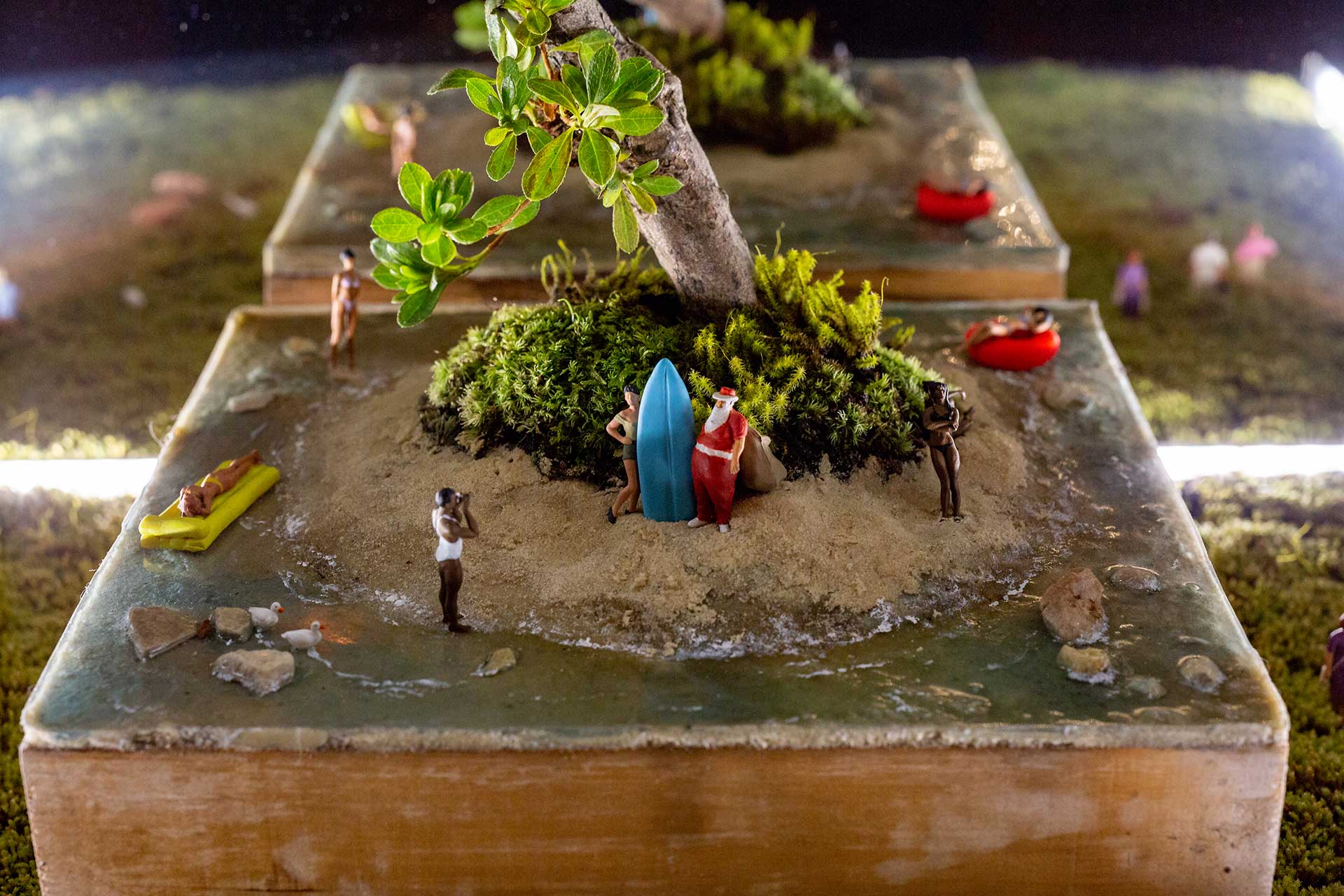 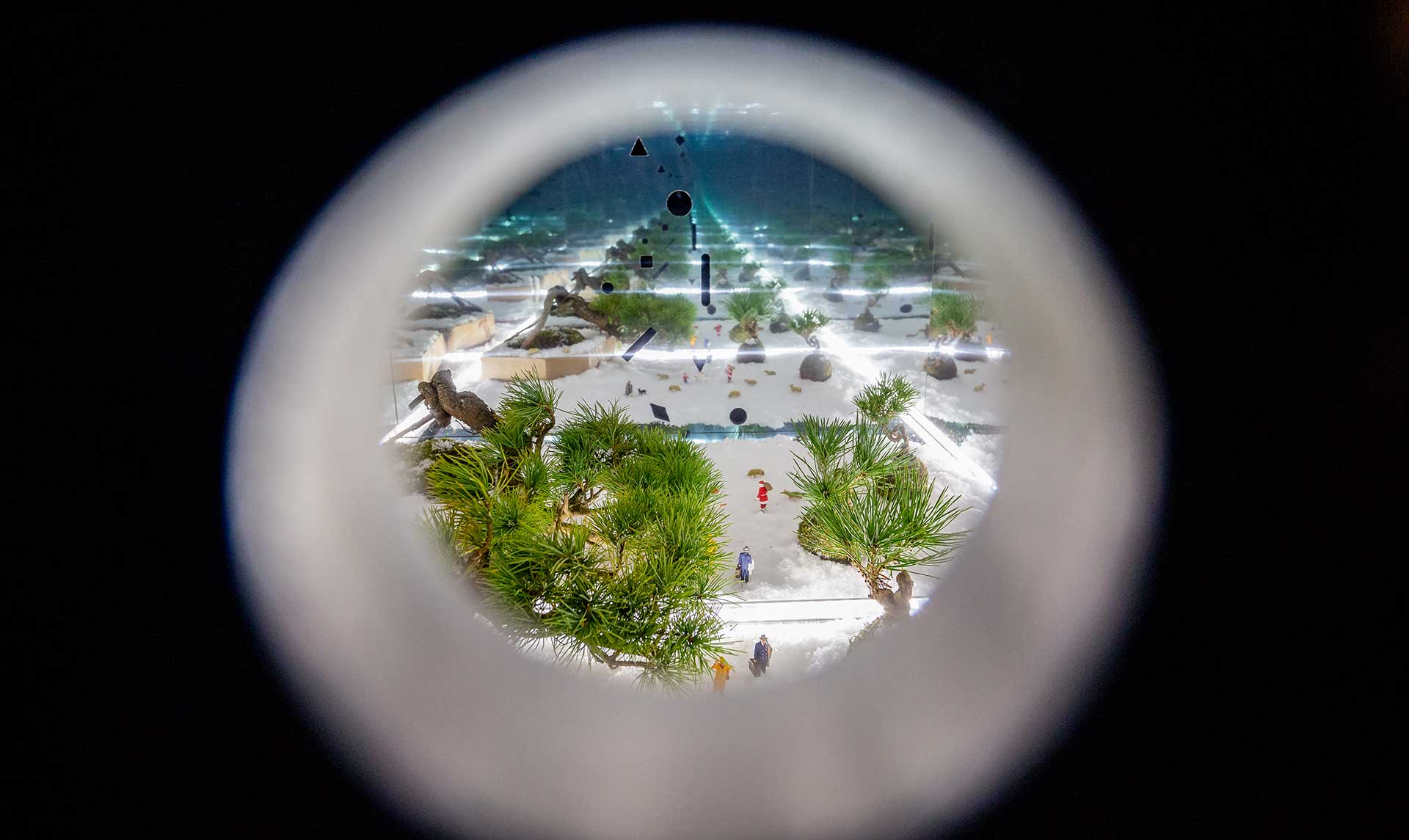 The project was made possible in co-operation with Green’s Green, a leading Japanese horticulture moss engineer and producer, Anyhow Ltd and Studio Manolo. 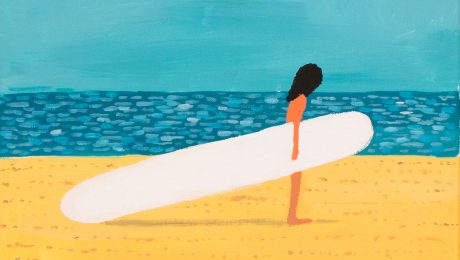 We curated an exhibition ‘ONAJI UMI’ working closely with a French graphic artist Jean Jullien and Gallery Target in Tokyo. The exhibition showcased a series of hand-painting by Jean, who took inspirations from his experiences with the sea, brought his remembrance of travel and breeze of Brittany to Tokyo. We also initiated all the press activities and other merchandising collaboration with BEAMS, Fabrick, RUTSUBO, PAPIER LABO and one of the leading lifestyle Japanese magazine, BRUTUS Magazine. 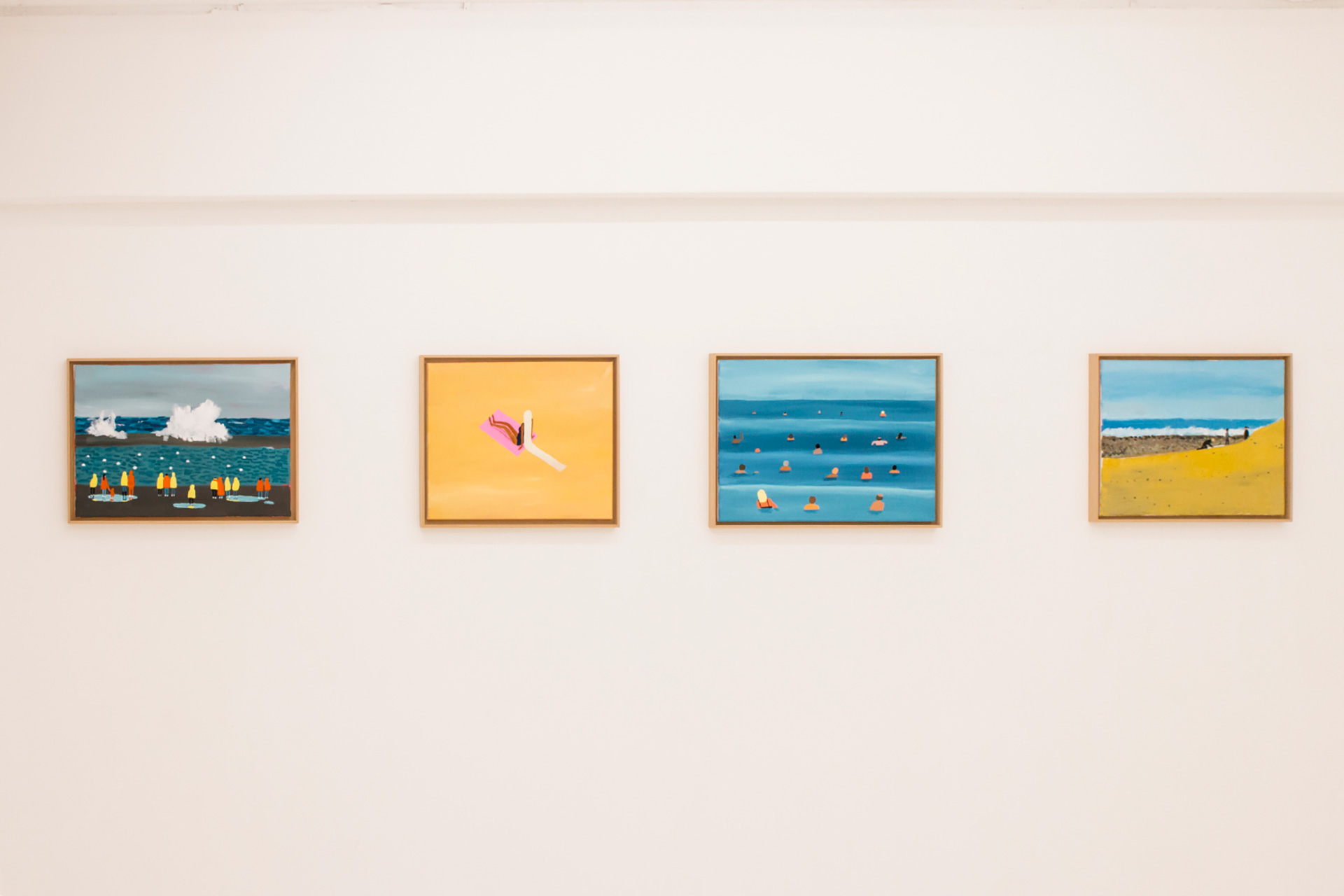 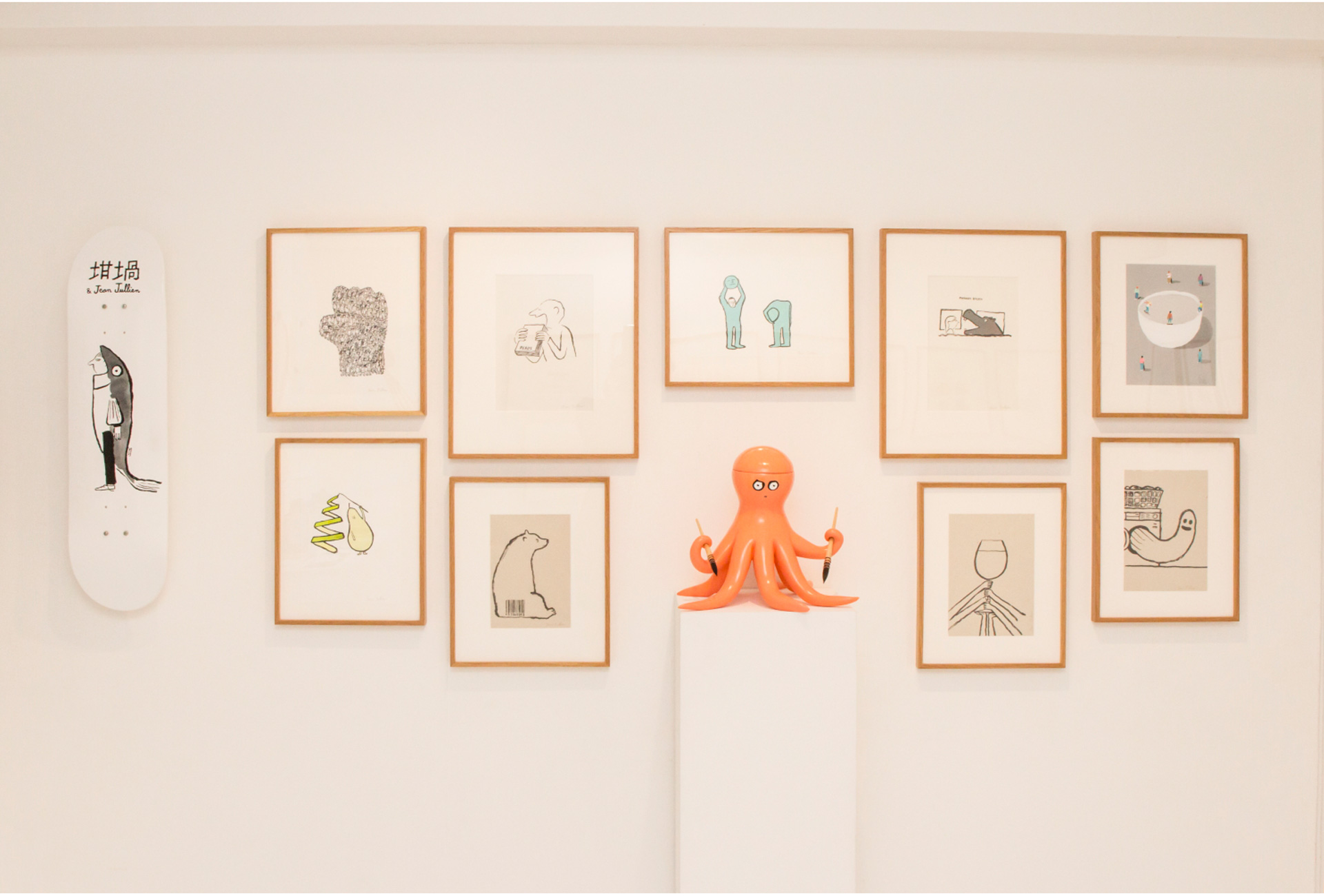 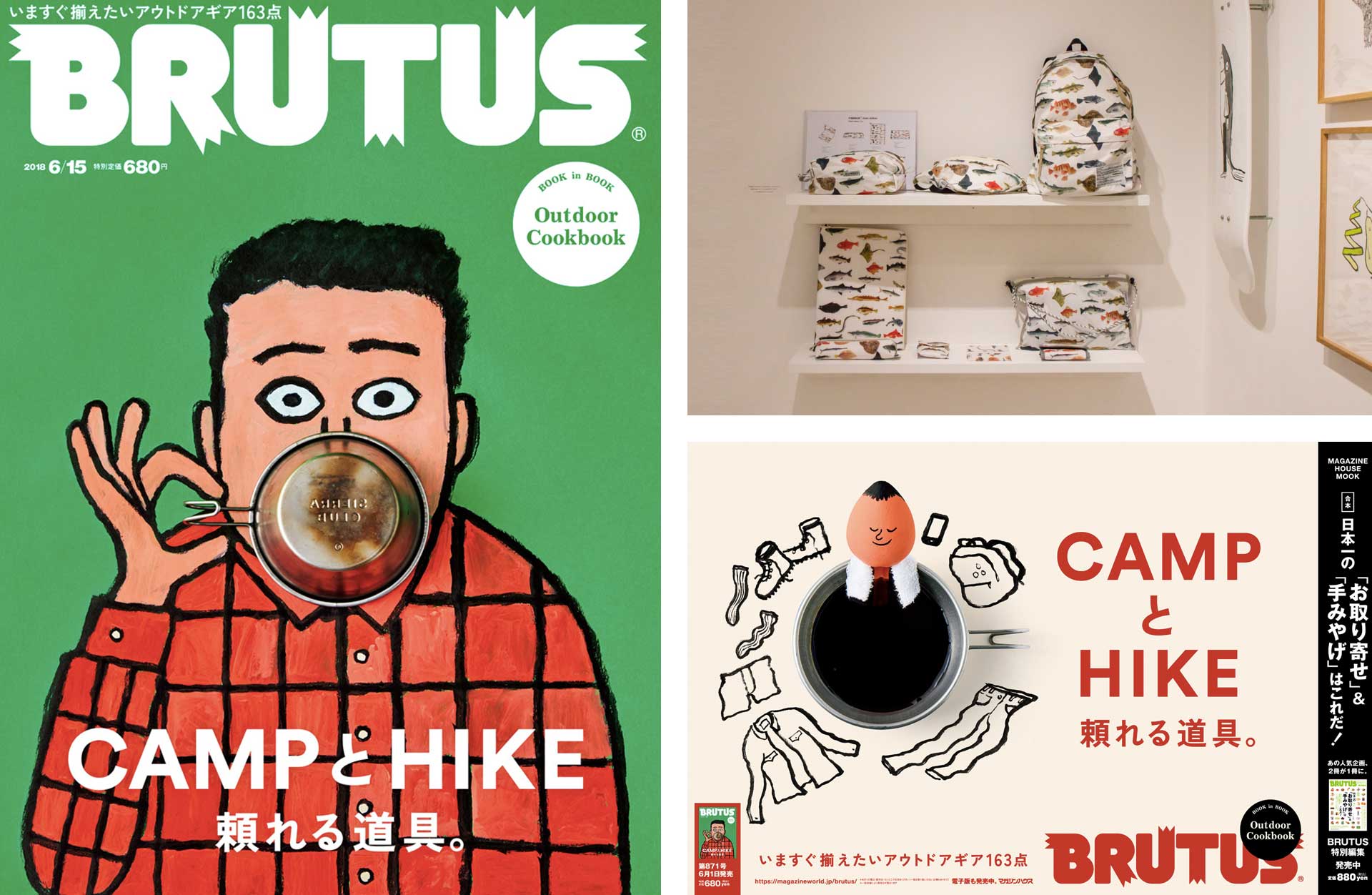 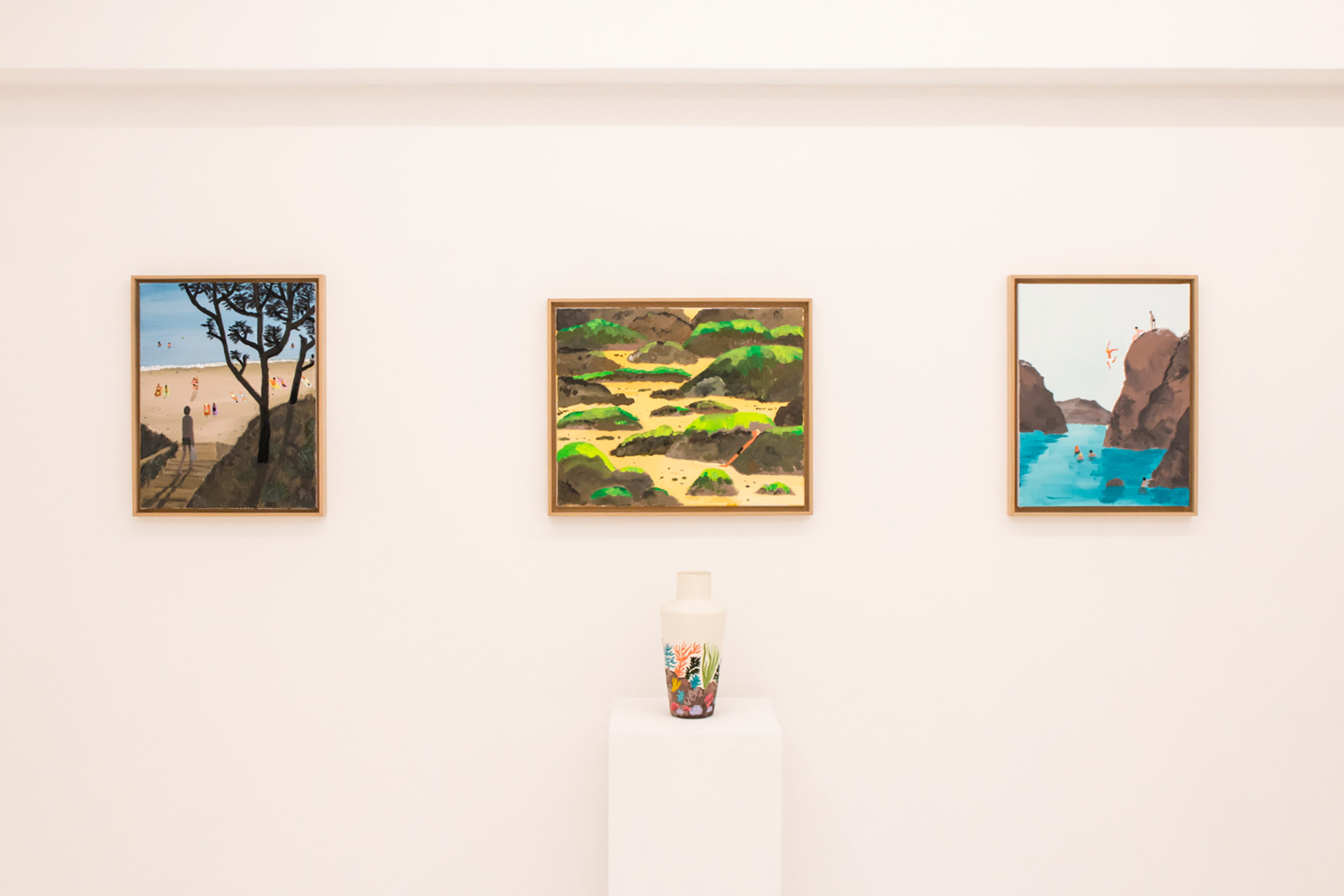 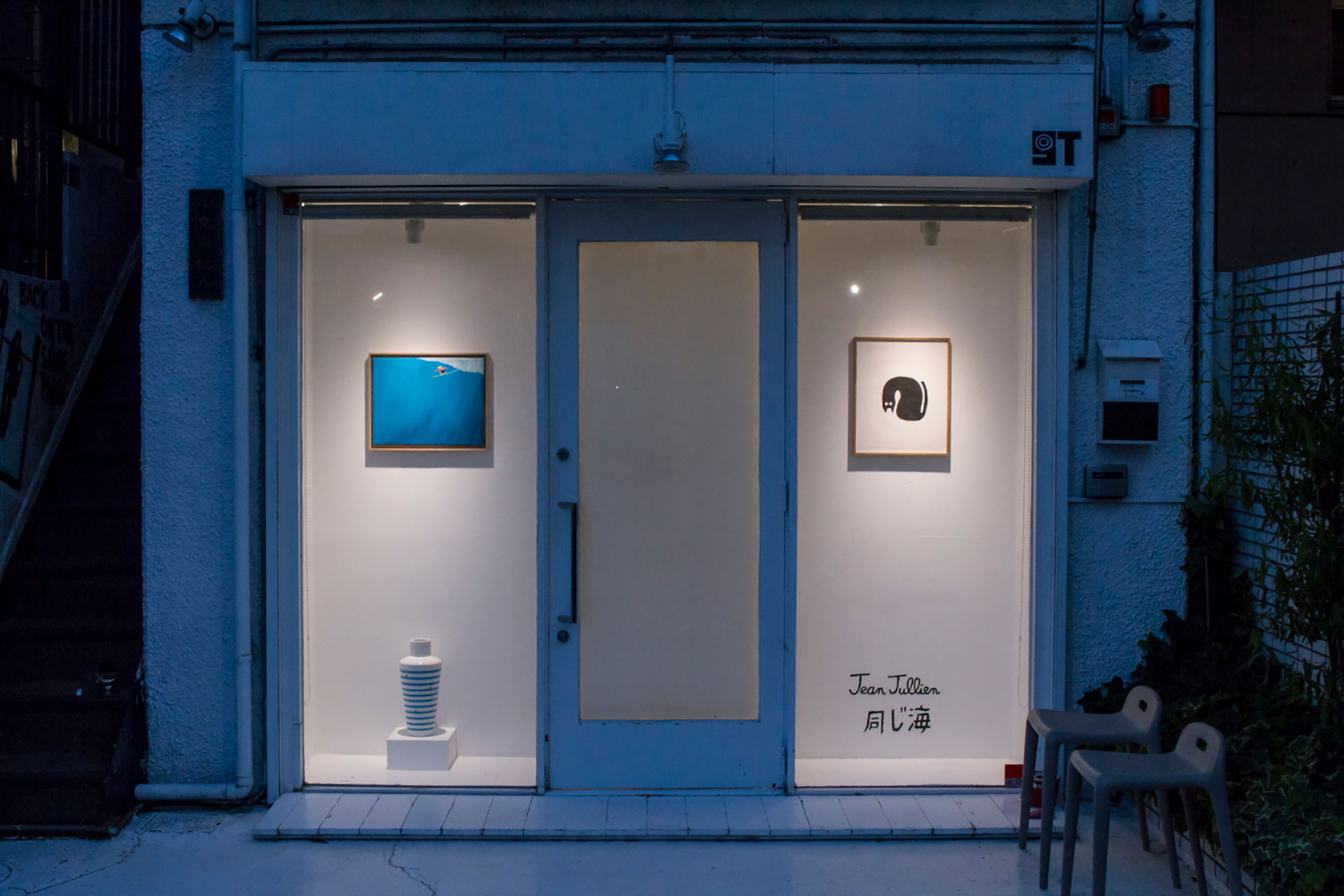 Jean Jullien is a French graphic artist educated at London’s Central Saint Martin’s and Royal College of Art. His practice ranges from illustration to photography, video, costumes, installations, books, posters, and clothing to create a coherent yet eclectic body of work. He has shown work with Tate Museum, HVW8 (Los Angeles and Berlin), Wythe Hotel in Brooklyn, the National Museum of Singapore, Kemistry Gallery in London and MIMA Museum in Brussels, among others. He has illustrated for Colette, The New Yorker, National Geographic, Museums Quartier Vienna, Phaidon Press, UNICEF, Eurostar, Majestic Wines, The Wall Street Journal, Transport for London and many more. He currently lives and works in London.

Opened in 2007, Gallery Target mainly deals with the works of Andy Warhol and other pop art artists around the world. The gallery constantly holds exhibitions in their space located in Harajuku with various contemporary artists in and outside of Japan. They have previously held exhibition with artists such as Peter Sutherland, INVADER, ESPO, Larry Clarke, Ayako Rokkaku, Koichiro Takagi, KYNE and Yusuke Hanai. 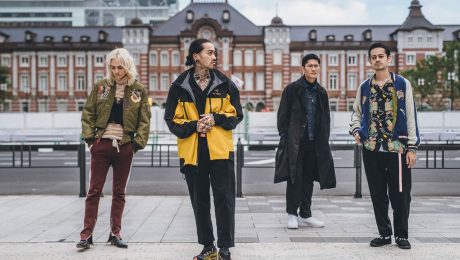 Working closely with BEAMS and Harvey Nichols, we launched “TOKYOJIN” , an exclusive curation, showcasing Tokyo’s passion for authenticity and artisan craftsmanship. This project celebrates Tokyo’s hybrid lifestyle, shining light on a current and real-life perspective of Japan through a unique edit of apparel, accessories and homewares.

TOKYOJIN, a curation for Harvey Nichols, is about the Tokyo man and his passion for authenticity. He is curious about the world, and he is an advocate of Japanese heritage. His creations are mindful of true craft, and his hybrid lifestyle is quintessentially modern. TOKYOJIN is a current and real-life perspective on Japan. 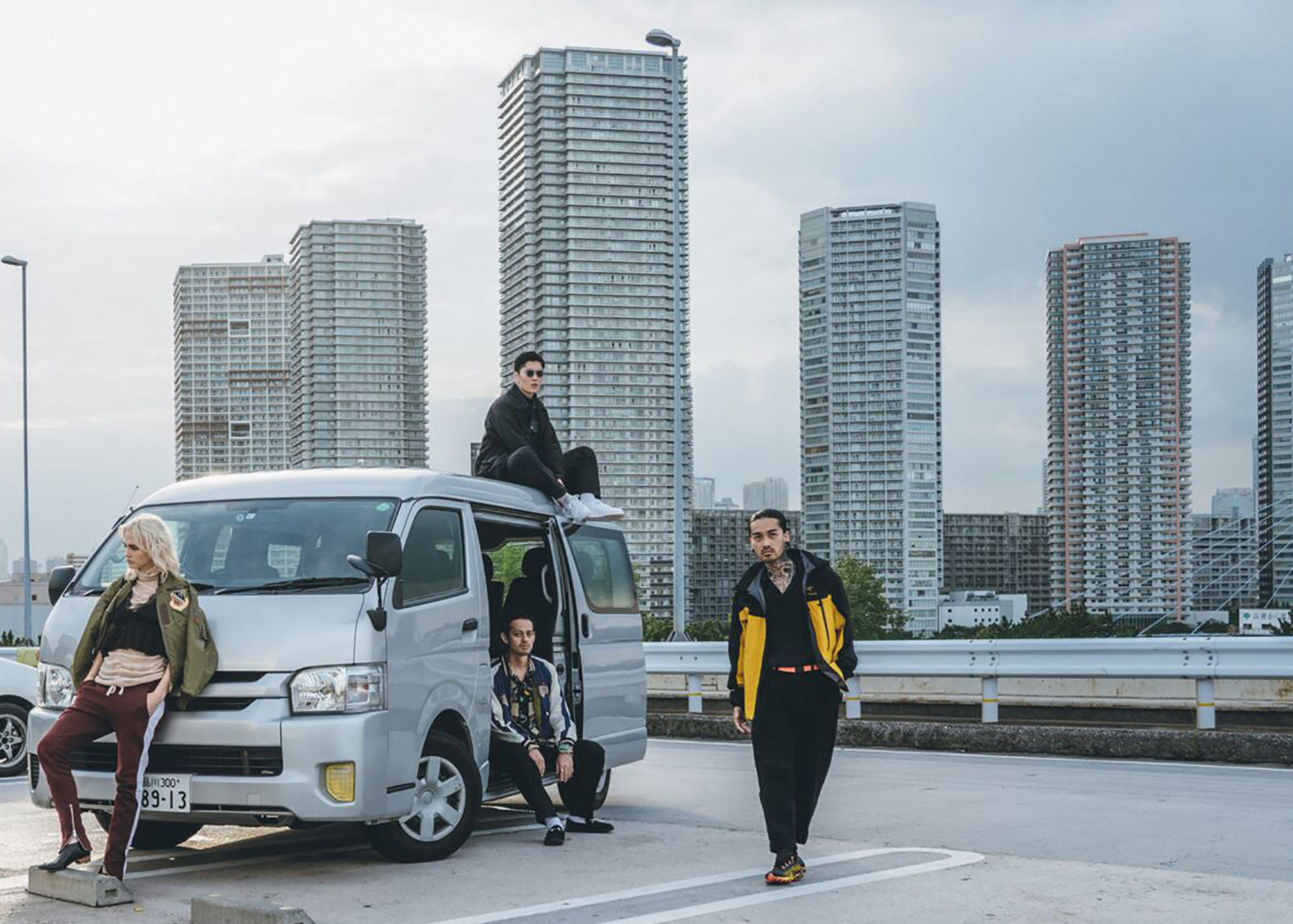 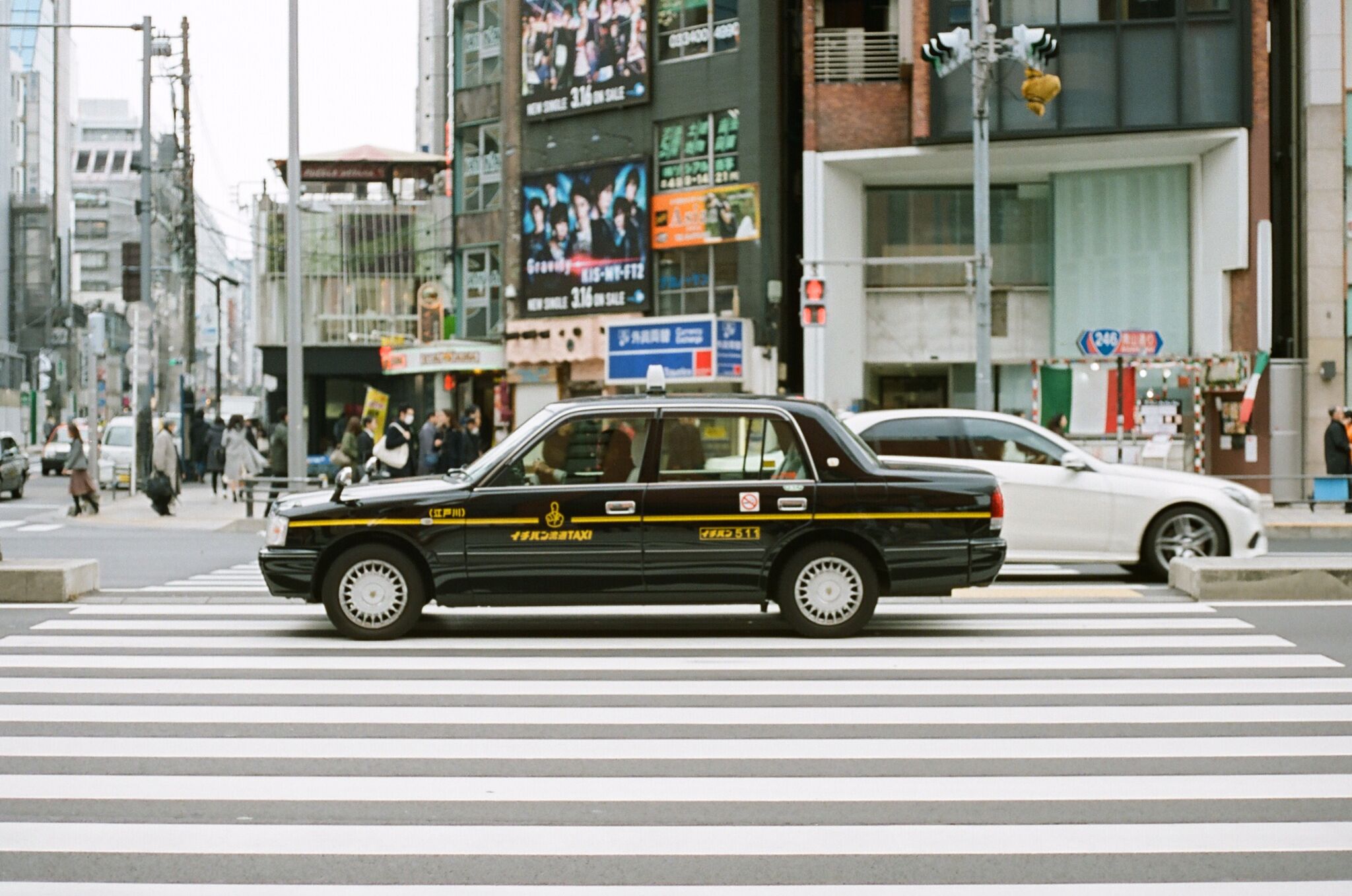 Harvey Nichols is the world’s leading luxury retailer, renowned for its exclusive edit of the most prestigious brands across womenswear, menswear, accessories, beauty, food and wine. Founded in 1831, Harvey Nichols today has stores in London, Birmingham, Manchester, Leeds, Edinburgh, Bristol and a dedicated beauty store, Beauty Bazaar, Harvey Nichols, in Liverpool. Internationally, Harvey Nichols has stores in Dublin in the Republic of Ireland and Riyadh, Hong Kong, Dubai, Istanbul, Ankara and Kuwait. 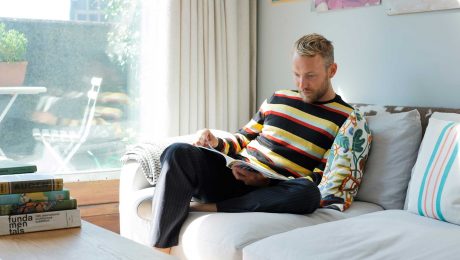 We engaged in brainstorming, concept-building, managed the local creative production for Uniqlo x JW Anderson collection by casting London’s tastemaker under the title “Why London Loves Uniqlo and JW Anderson.” 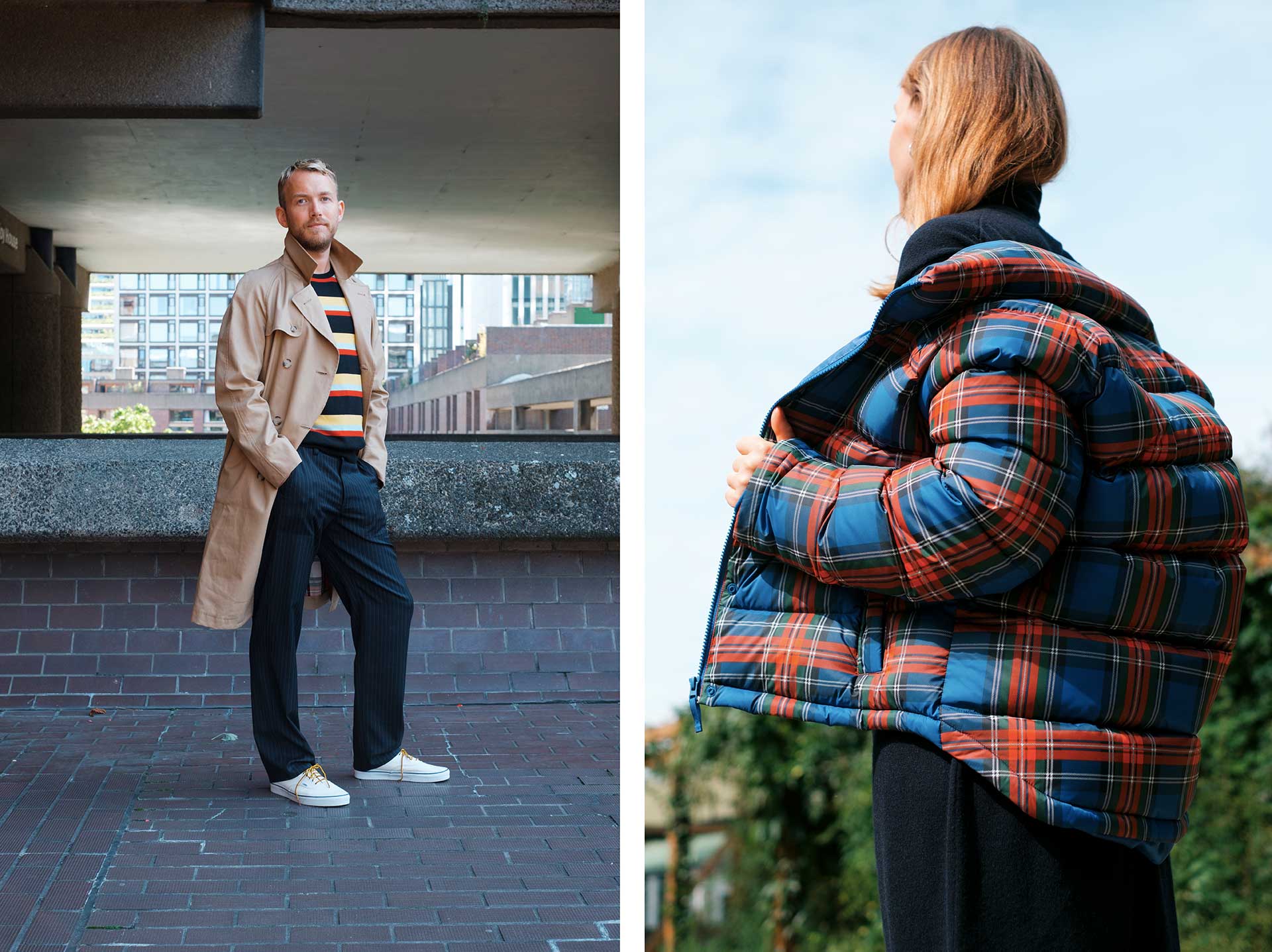 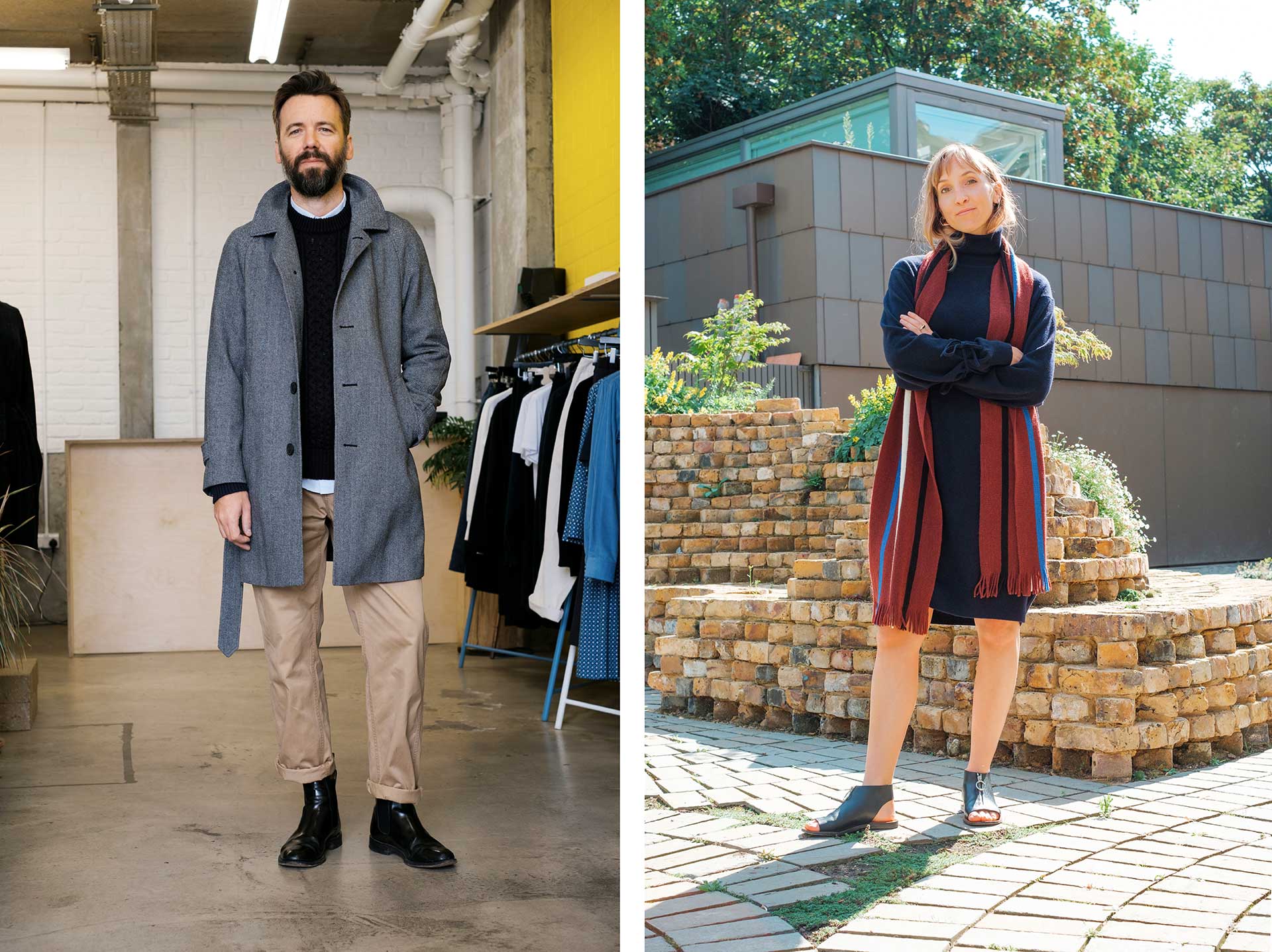 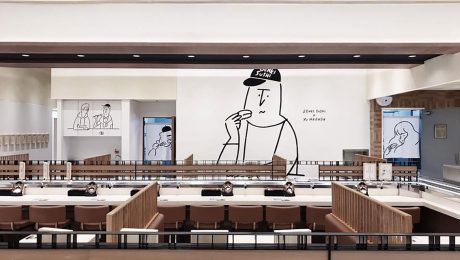 Yu Nagaba and Turn commissioned us to project manage and deliver a new concept pop-up restaurant combining art and food for Genki Sushi in Hong Kong, featuring a large scale of hand-drawn murals, special-edition goods to launch the new direction and closer association with art. 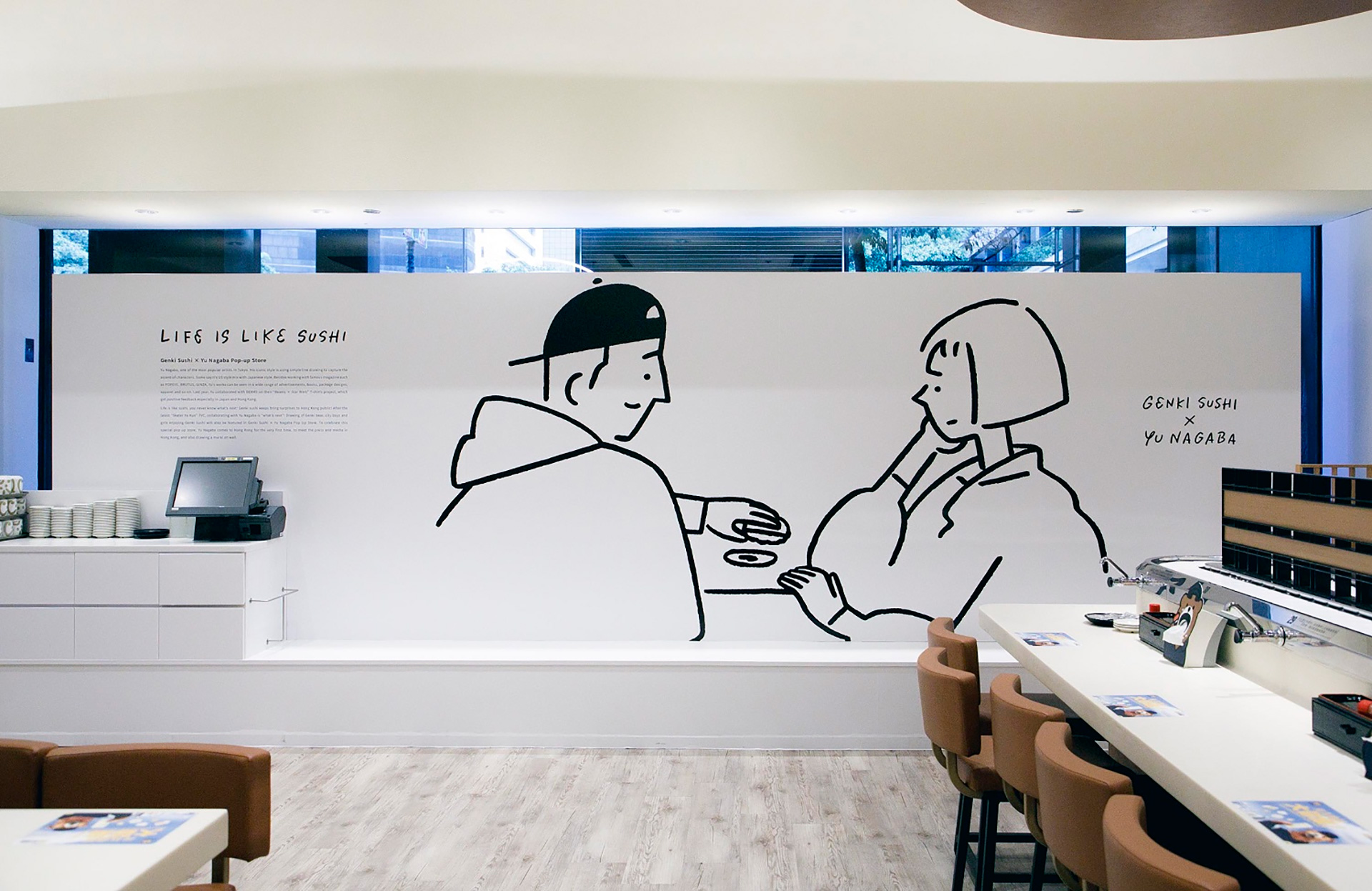 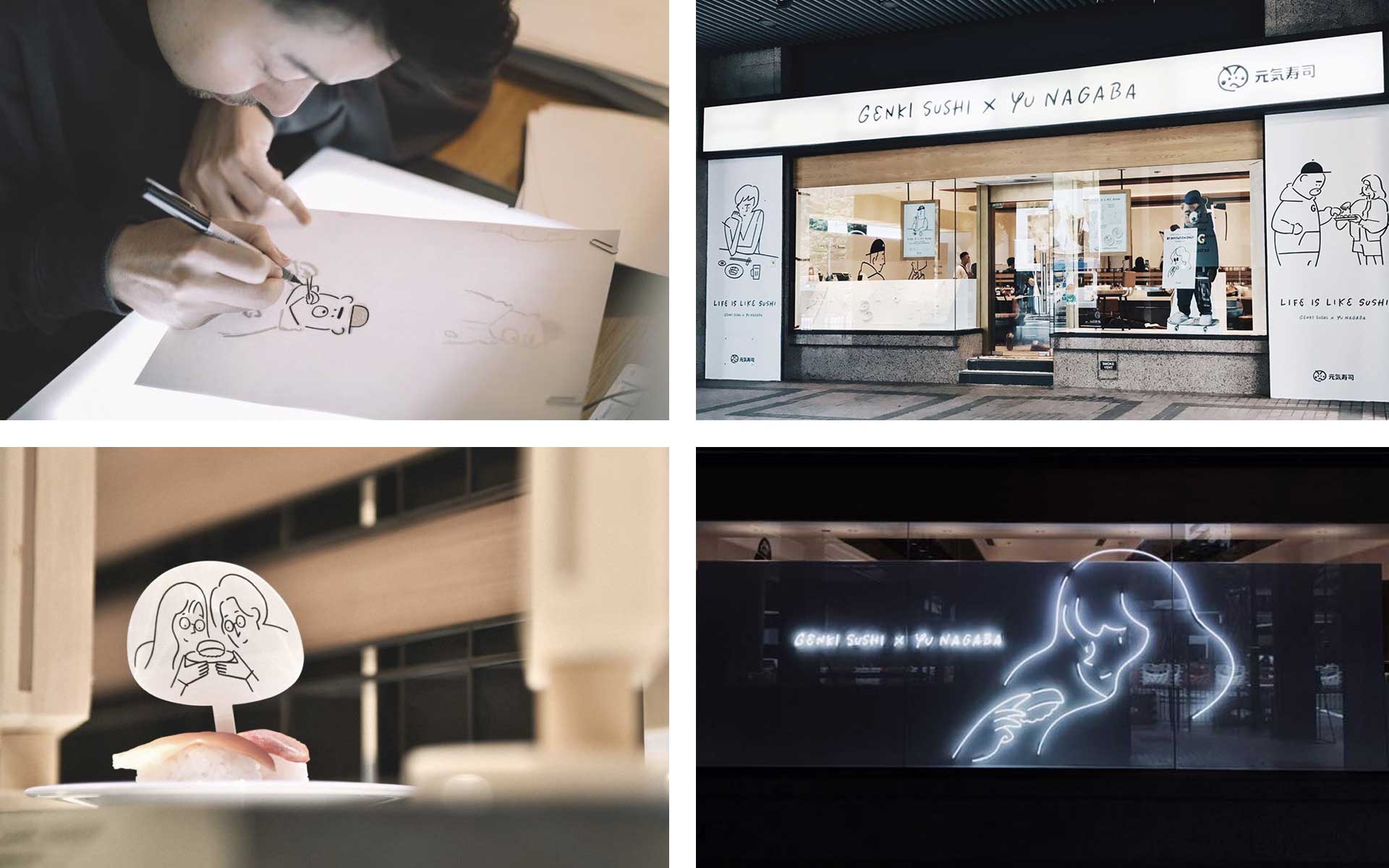 Yu Nagaba is one of the most popular artists in Tokyo. His iconic liner drawing style captures the characteristic of a subject with as few lines as possible. Besides working with magazines such as POPEYE, BRUTUS, GINZA, Esquire UK, Plant Journal, he has worked with clients such as Panasonic, Softbank, Apple, Gap, Toyota, Netflix, Tokyo Metro amongst others.