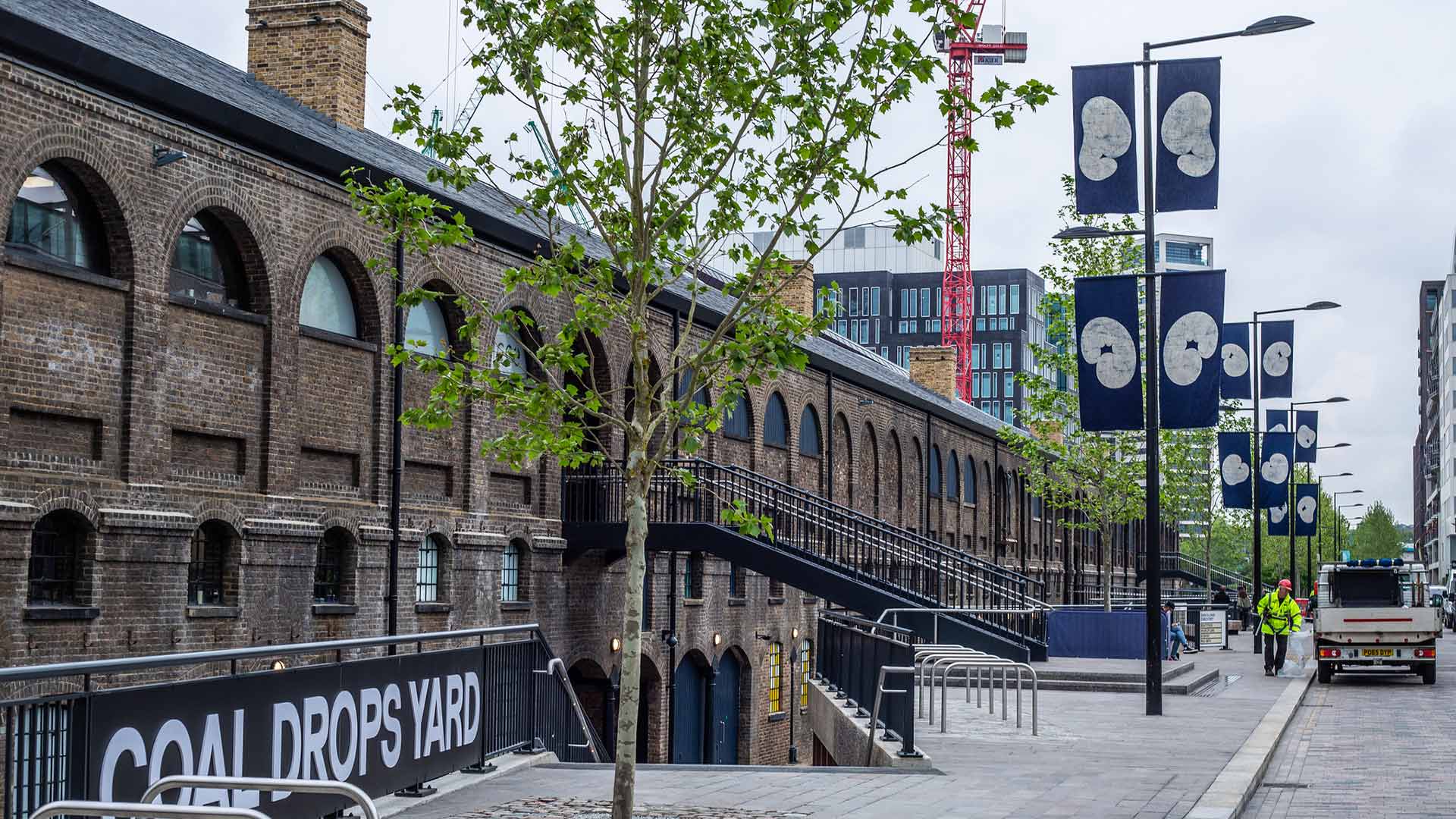 Working closely with Company Place and Kiosk N1C as collaborative project through brainstorming to conceptualising, Coal Drops Yard commissioned us and BUAISOU to produce a series of handmade and hand dyed flags as public arena installation, followed with a series of dyeing workshops where participants can learn natural Japanese indigo-dying techniques during London Craft Week. The project delivered hands-on Japanese artisanal craft for the first time in London. 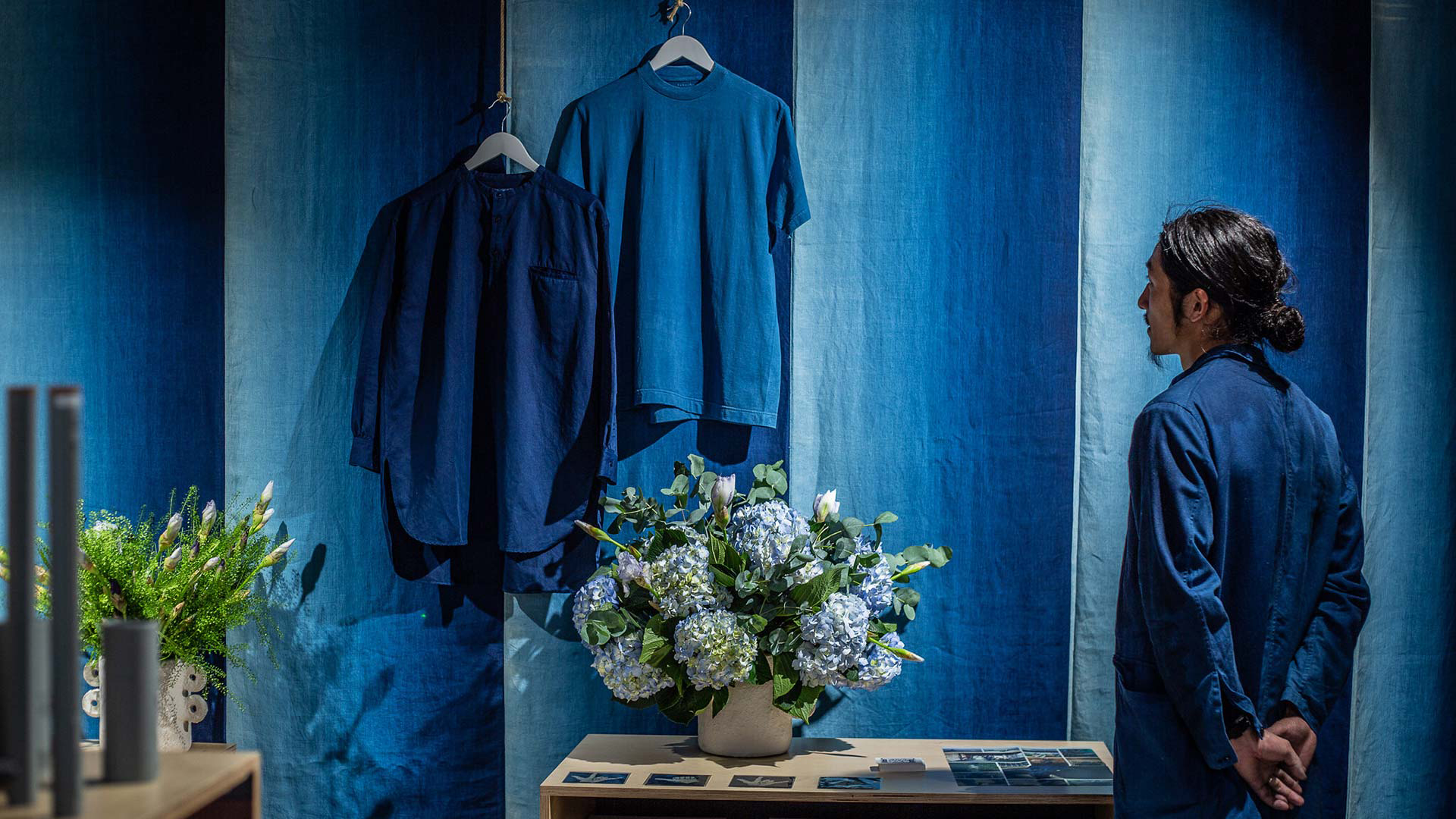 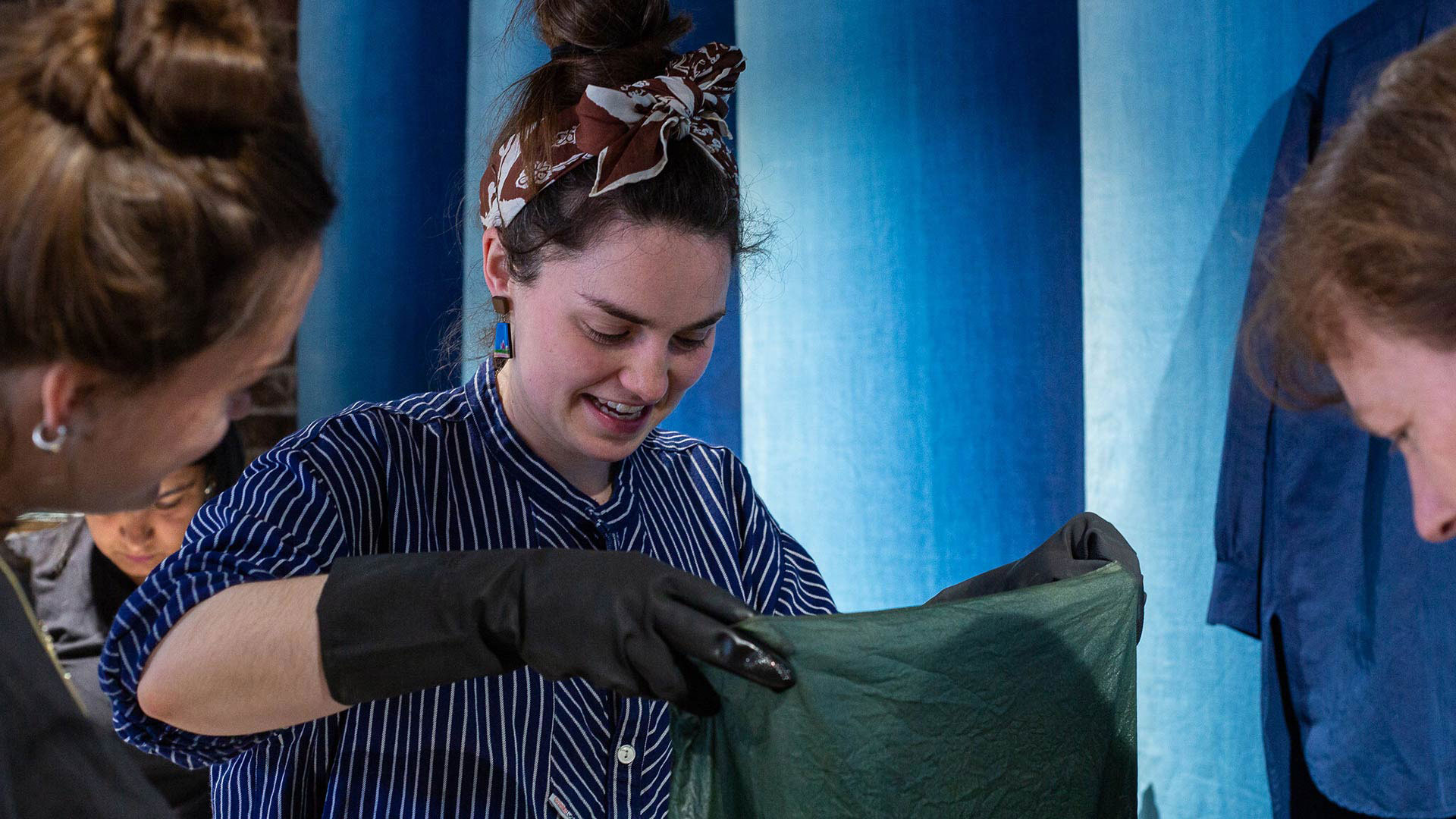 BUAISOU (pronounced “boo-i-saw”), founded in 2012, is an artisanal collective, preserving and reviving the tradition of Japanese Indigo. Located in Tokushima Prefecture, an area of Japan known for producing Awa indigo. BUAISOU does everything from indigo cultivation and creating dye to designing and making products.

Coal Drops Yard is a new shopping and restaurant district in London’s King’s Cross. Coal Drops Yard was originally established in 1850 to handle the eight million tonnes of coal delivered to the capital each year, and was latterly the location of nightclubs Bagley’s and The Cross. The area reopened in October 2018, reinvented by the acclaimed Heatherwick Studio, which has interwoven a contemporary design with the surviving structures and rich ironwork of the original Victorian coal drops. Located within a reimagined set of historic buildings and arches directly adjacent to Granary Square and Regent’s Canal, Coal Drops Yard houses over fifty stores from a unique mix of established and emerging brands, along with cafés, bars, top independent restaurants and new public spaces.